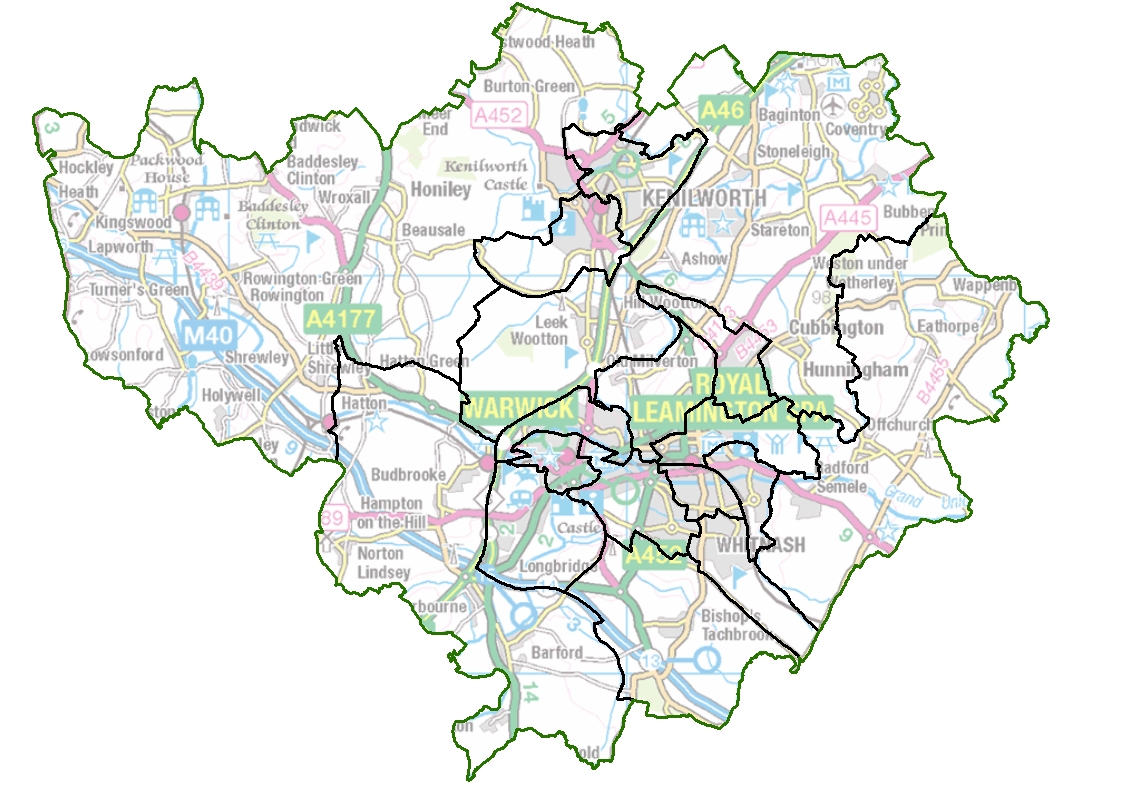 The independent Local Government Boundary Commission for England established the current wards and number of councillors for Warwick district in January 2014. They determined that Warwick district should be represented by 46 councillors in the future, the same as the current arrangements. The recommendations also propose that those councillors should represent four three-member wards, sixteen two-member wards and two single-member wards across the district. The new electoral arrangements came into force at the district council elections in 2015. Full details of the Commission’s final recommendations.

The independent Local Government Boundary Commission for England (LGBCE) has undertaken an electoral review which will re-draw the ward boundaries across Warwick district. The Commission has confirmed that our district should have 44 councillors in future: two fewer than the current arrangements.

The LGBCE have now published their final Warding proposal and these are available online at www.lgbce.org.uk. It is anticipated that the Order to confirm these will be laid in Parliament for confirmation in September.

The Boundary Commission for England 2018 Review of Parliamentary constituencies

The Local Government Boundary Commission has undertaken a review of the parliamentary constituencies and is due to report Parliament in September 2018 which it is on course to do. The proposals have been published on their website. There will be consultation on these proposals for eight weeks, until 11th December 2017.

It is understood that this will be the last consultation during this review of constituencies, and the last chance to contribute views to the Commission on the best pattern of constituencies to recommend to Parliament when they conclude their review next year, as they are statutorily obliged to do. They will not be hosting public hearings across the country because there is no provision to allow this in their governing legislation.

More information on the community governance orders made by this council: