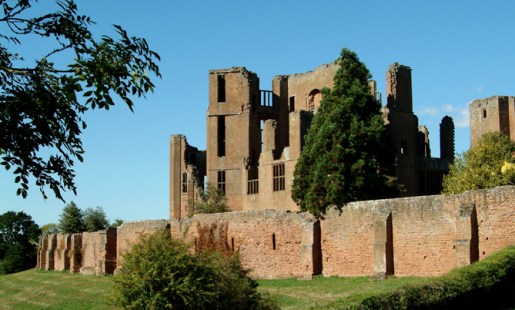 Kenilworth is a small market town in Warwickshire. Within striking distance of Birmingham, Coventry, Leamington and Warwick, but retaining its small town charm Kenilworth has plenty to offer both residents and visitors.

From Medieval fortress to an Elizabethan palace, Kenilworth Castle has been at the centre of England’s affairs for much of its 900 year history. Today, it stands as England’s largest ruined castle where you can scale the heights of the tower built to woo Queen Elizabeth I, marvel at the mighty Norman keep and imagine the majesty of the Great Hall playing host to medieval monarchs and early Tudor kings.

The hamlet of Little Virginia originally consisted of fifteen cottages which date from the 17th century. The claim to fame of these picturesque thatched cottages is the tradition that the first potatoes brought to England were planted in this location by Sir Walter Raleigh.

Old Town is a stunning example of English history. You can find numerous examples of listed buildings on High Street - all in excellent condition.

This is Kenilworth’s oldest church, first referred to in 1291. It is noted for its fine west doorway, reconstructed between 1550 and 1620 using Norman material from the Abbey.

The Abbey of St. Mary the Virgin

The Abbey Fields contain the ruins of the Augustinian Priory, founded in 1119 and raised to Abbey status in 1448. The Abbey was surrendered to King Henry VIII’s commissioners in 1538, and subsequently stripped of re-usable material.

The tower, at the end of The Square, was presented to the town in 1906 by G.M.Turner in memory of his wife. The top of the tower was damaged in November 1940 by the land mine which destroyed the nearby Globe Hotel and the surrounding area of Abbey End.

The modern façade here replicates that of the King’s Arms & Castle Hotel, which formerly stood on this site. Sir Walter Scott stayed here in 1815 whilst writing his novel ‘Kenilworth’.

The Millennium Trail is a circular walk that starts and ends by the Bray’s car park at Kenilworth Castle. This delightful trail takes walkers past the most extensive castle ruins in England. The route is marked with small wood and stone carvings.

A gorgeous public open space attracting visitors from miles around which forms the green heart of Kenilworth. The 68 acres include an indoor and outdoor swimming pool, a lake, two children’s play areas, tennis courts and heritage trails. The Abbey Fields are also rich in history with the remains of an historic Abbey.

The Abbey Barn museum is found amongst the ruins of the Abbey in the Abbey Fields open on Sunday and Bank Holiday Monday afternoons (2.30 – 4.30pm) between Easter and mid-September.

Enjoy the charm of Castle Hill and High Street with its independent restaurants, bars and shops. A short walk across the beautiful Abbey Fields is the centre of modern Kenilworth. Warwick Road and Abbey End host a wide variety of big name shops and independent stores whilst Talisman and Millar Court offer further shopping opportunities to explore and enjoy.

Kenilworth has a reputation for top quality food at the many restaurants, bistros and bars which can be found in the town centre and the Old Town.

Talisman Theatre and The Priory Theatre

The town is well served by two excellent theatres, the Talisman and the Priory. Both are centrally located and put on a programme of plays, musicals and shows.