A living wisteria sculpture has been officially unveiled in Kenilworth to honour and remember members of the community who lost their lives during the pandemic.

Councillor Syson commented: “This beautiful memorial has been inspired by the spirit and resilience of our local communities. Over time the wisteria will take over the metal sculpture with wonderful, twisted stems and displays of flowers which will get more vibrant as the plant matures. We very much hope that this peaceful sanctuary will become a place where the people of Kenilworth can come for reflection and remembrance.”

Councillor Cooke added: “By planting this living sculpture, we not only remember all those we have lost, but also honour the key workers and volunteers who did so many positive and selfless acts to support our local community during difficult times.

“This memorial will provide a tranquil place where they can seek some comfort knowing that the legacy of those lost is not only being recognised but will be remembered for many generations to come.”

The four wisteria sculptures installed in Kenilworth, Whitnash, Warwick and Leamington Spa this week are one of a number of community projects being facilitated by Warwick District Council as part of their ‘Trees for our Future’ campaign. The ambitious scheme has the target of planting 160,000 new trees by 2030, one for every resident living in the district. 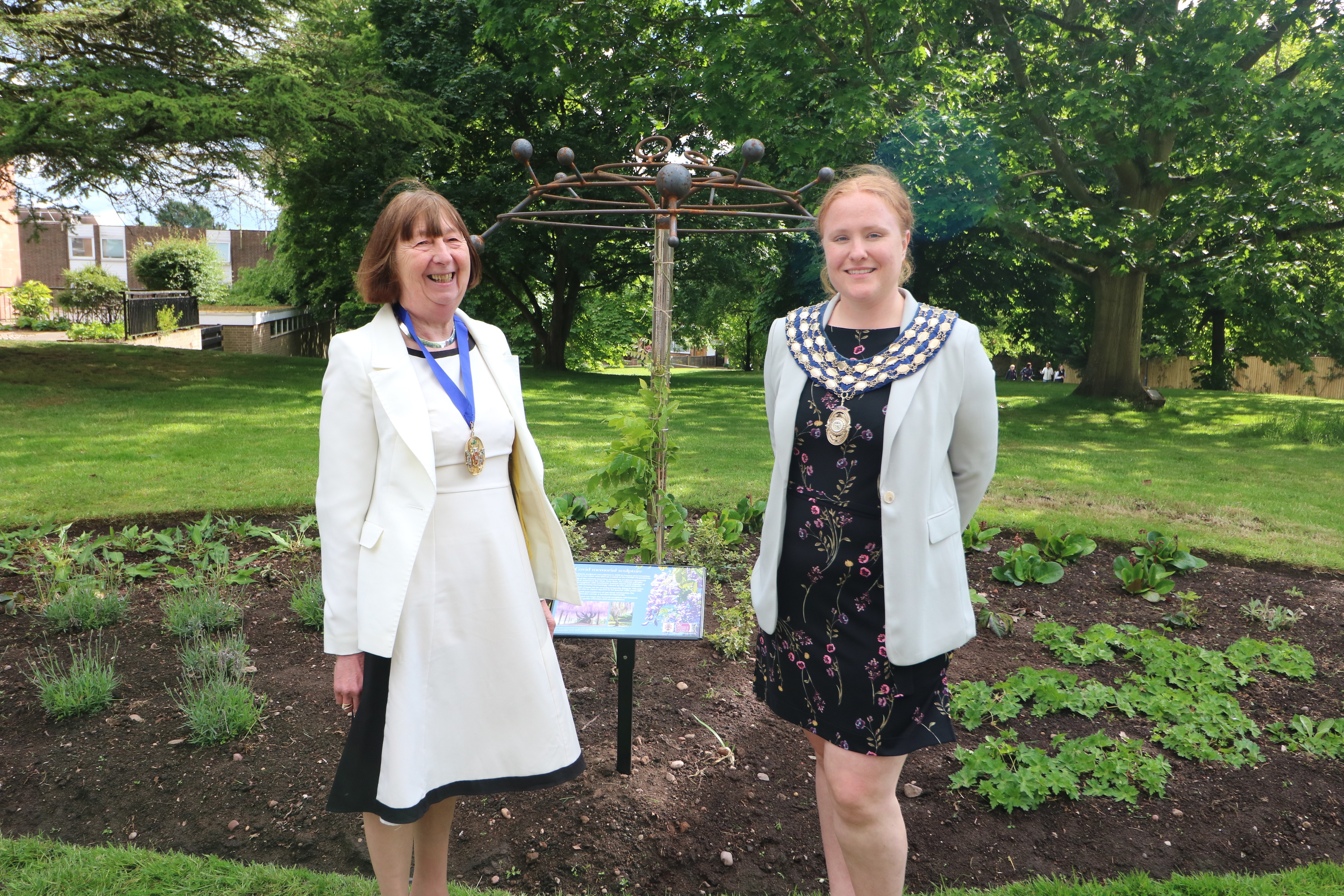