Fallen soldiers and war veterans from the local area will have new streets named after them in honour of their commitment and as a reminder of the sacrifice made by our armed forces.

The Myton Green development off Europa Way will pay tribute to our veterans following a suggestion from Warwick Town Council to name a number of streets after ex-service personnel from the Warwickshire area. 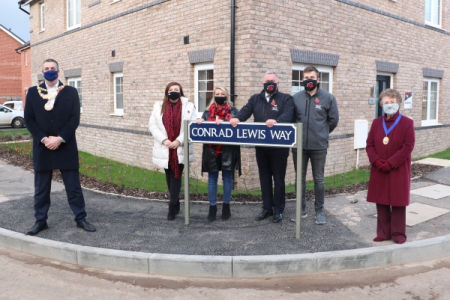 Warwick District Council’s Street Naming and Numbering team were looking for a theme for the street names for the new development as part of the ‘Approved Street Names’ list and were more than happy to honour this suggestion.

One road, Conrad Lewis Way, was amongst the first to be named. Private Conrad Lewis, who served as a member of the Fire Support Group attached to A Company, 3rd Battalion The Parachute Regiment (3 PARA) was deployed to Afghanistan on 10 October 2010.

On 9 February 2011, Conrad Lewis became the 353rd soldier to be killed in Afghanistan whilst deployed on an operation to reassure the local population in the Nad ‘Ali district of Helmand province.

A charity, 353, was established by Conrad’s family in his memory and works to support members of the military community through long term support to charities, soldiers and their families.

Tony Lewis, Conrad’s Father, said: “Conrad would be honoured and humbled by this, especially in the area in which he grew up, loved so much and where his friends and family still live. As a family and charitable trust we have a saying that 'no-one truly dies until the ripples they created fade away' and this ensures those ripples never will. This is a great gesture from Warwick Town Council for which we are very grateful."

Councillor Pam Redford said: “These street names will serve as part of a lasting legacy to our local heroes and a reminder for us all to remember – remember their names and the sacrifices they made to give us the freedoms we enjoy today.”

Councillor Terry Morris added: ““Warwick Town Council were asked for suggested street names at the end of 2015 and the concept of honouring our fallen soldiers was put on the table. Having met Tony and Sandi Lewis at a fundraising event for “353”, and hearing that Conrad grew up on Chase Meadow, Warwick, it seemed very apt to have his name as one of the first on the list.

“Some five years later, it is fantastic to see that idea become reality and, as we face the prospect of not being able to mark Remembrance Sunday in the usual way, I can’t think of a better tribute to remember Conrad and all of the other brave service personnel of Warwick who have made the ultimate sacrifice.”

Other military personnel who will have streets named after them include: 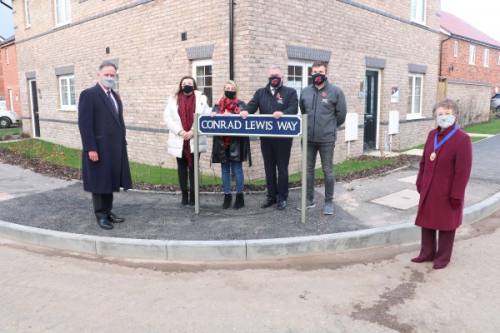