We are currently experiencing intermittent issues with taking payments through our website. We are working with our supplier to resolve this as soon as possible. Apologies for any inconvenience.

Visitors and history enthusiasts can collect their own piece of local history through a series of postcards of the Pump Room Gardens and wider Spa Gardens. 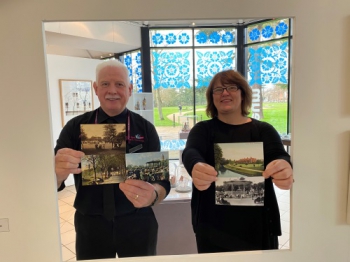 The postcards are now available, free of charge, at the Royal Pump Rooms.

The postcards, commissioned by Warwick District Council’s Green Spaces team as part of the recent National Lottery funded restoration project show events and features of the Gardens dating from the late 19th and early 20th Century. The images used were taken from the collection at Leamington Spa Art Gallery and Museum.

Warwick District Council’s Portfolio Holder for Neighbourhood Services Councillor David Norris commented: “These postcards are a lovely memento for the town of Royal Leamington Spa. They depict the importance and significance of the Pump Room Gardens as a community space over the centuries, and the central role played by the beautiful McFarlane bandstand from Victorian times to the present day.”