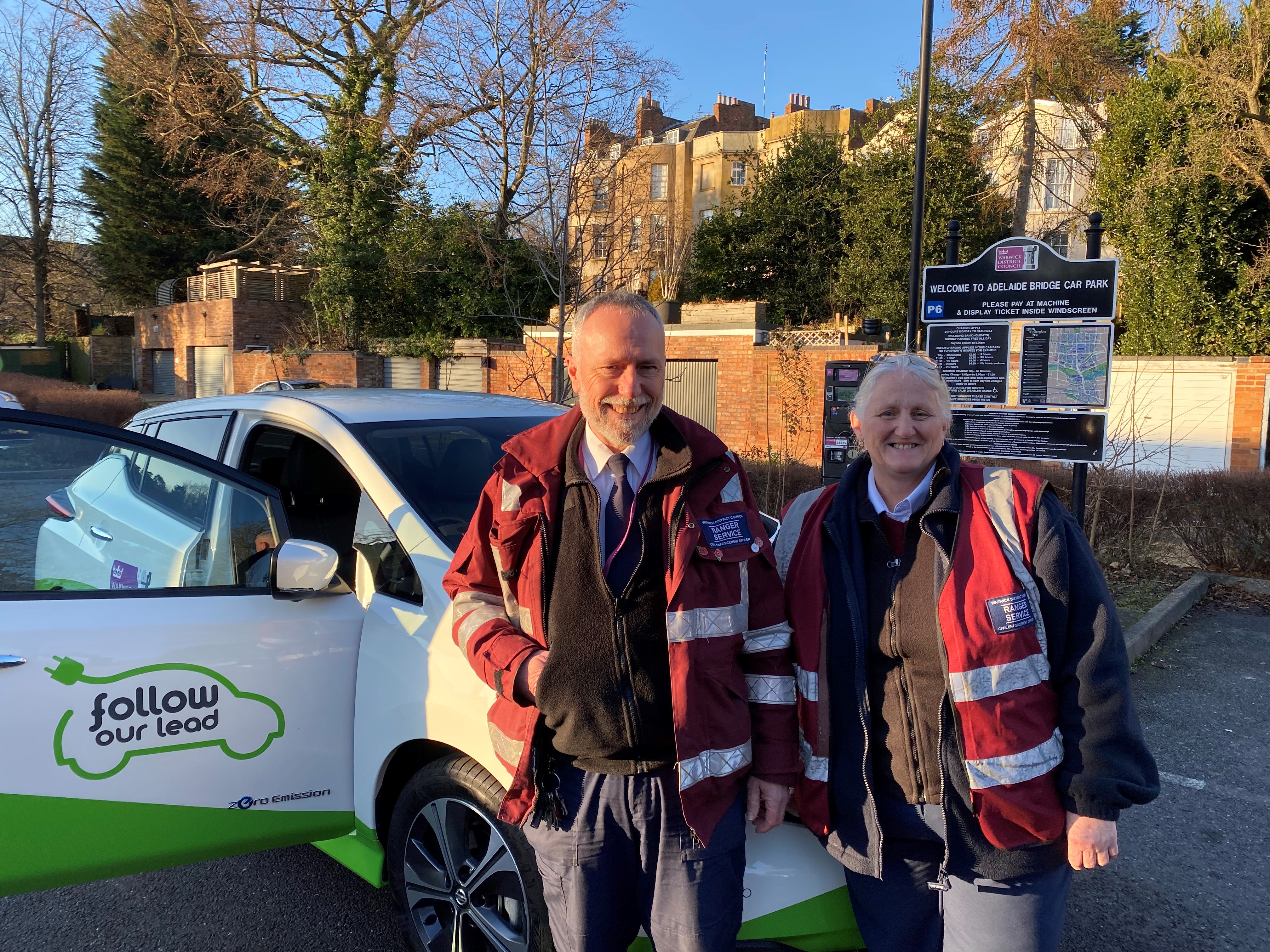 A new green parking initiative is to be trialled this spring with the introduction of free parking permits for registered owners of fully electric vehicles in all Warwick District Council car parks.

The scheme is part of the Council’s new car parking fees structure which will also see charges frozen at the designated ‘Park & Stride’ car parks in Leamington’s Old Town and adjacent to Warwick Racecourse. These include Court Street, Packington Place and Bath Street in Leamington and the newly named Hampton Road, Bread & Meat Close and Vittel Drive car parks (formerly St Mary’s Lands Areas 2,3,4) in Warwick. At these locations the cost of parking will start from as little as £1 per day, with even lower rates for season ticket holders.

From 31 January the cost of parking for more than four hours in the town centre long-stay car parks in Leamington and Warwick which are operated by the Council will rise by 50p. There will also be an increase of 50p for parking overnight (between 6pm and 8am) in the town centres. Charges for stays of under four hours will remain the same. In Kenilworth there will be a small increase in the hourly parking costs, to bring them in line with Leamington and Warwick.

“In June 2019 our Council declared a ‘climate emergency’ in response to the need for significant and urgent action to reduce carbon emissions. The changes to our parking charges align the tariffs across our three towns and reflect our commitment to improving air quality, supporting town centre businesses and encouraging increased ownership of electric vehicles.”

Full details for applying for the green parking permits for electric vehicles will be released in the next few weeks.