Warwick Racecourse will be the official start of the UK’s biggest and most prestigious international cycling event. 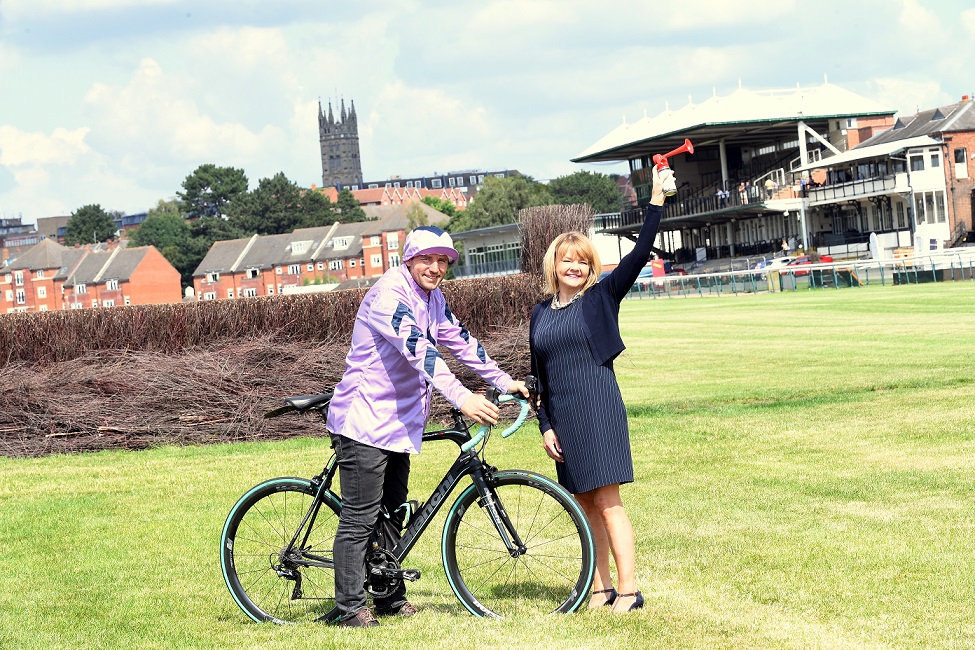 The OVO Energy Tour of Britain is returning to the county for the second year in succession in September and will feature the only summit finish in the eight-stage race.

Once again it will be starting in Warwick, but instead of the town centre, where the OVO Energy Women’s Tour started from back in June, it will be kicking off from the Jockey Club-owned venue.

The space available at the racecourse will accommodate the larger setup of the 20 men’s teams plus the crowds of cycling fans supporters who will arrive on Friday, September 13.

All the competing teams will be based at the course as well as additional activities such as face-painting, balloon modeling, pedal-maniacs as well as street entertainment.

From the Racecourse start a new route will take riders right through Warwick town centre taking in both the Market Square and Smith Street, allowing spectators to line the streets and get close to the action.

Cllr Izzi Seccombe, Leader of Warwickshire County Council, said: “Warwick Racecourse is an important part of Warwick’s history and a fantastic attraction for the town.

“I am so pleased that it is hosting the start of the Warwickshire stage of the OVO Energy Tour of Britain and that we can showcase the venue to the whole world.

“There is going to be so much going on during the morning, I want to see everyone from residents to cycling fans turn out to the racecourse on September 13 and make sure we give the racers the right send off.”

“It’s a great privilege to be welcoming British Cycling’s premier road cycling event and the most prestigious race in Britain to our district once again. By hosting the stage start in Warwick, it’s a great opportunity not only for fans, but also for local people to come out to watch 120 top professionals race past their doorstep.”

Organisers of the event are likely to announce in the next few weeks that several of the star names from the recent Tour de France will be taking part in the event, with notable squads such as Team INEOS, Mitchelton Scott and Team Dimension Data all taking part.

Andre Klein, General Manager at Warwick Racecourse, said: “We have seen some thrilling races at Warwick over the last year but this one is something a little bit different – and certainly the longest!

“It’s very exciting to be welcoming world leading cyclists to our racecourse and we’re expecting a packed grandstand to see the stage get underway.

“Having the Tour of Britain start at here is the latest in a long line of sporting events that we have hosted and it is testament to the versatility of the racecourse.”

The peloton will head up towards Meriden via Kenilworth and Berkswell, before travelling across North Warwickshire to Bedworth and Bulkington.

Riders will then head south towards Brinklow and the outskirts of Rugby, and back up to Princethorpe before racing along Fosse Way, down to Wellesbourne, and through Ettington and Edgehill.

Three Eisberg Sprints await competitors during the stage, the first at Berkswell, the second at Brinklow, and the third at Pillerton Priors.

ITV4 will once again screen live free-to-air coverage flag-to-flag of each stage in the UK, along with a nightly highlights programme of the best of the action.

The OVO Energy Tour of Britain is British Cycling’s premier road cycling event, giving cycling fans the opportunity to see the world’s best teams and riders competing on their doorstep and helping to build a great cycling nation.

More details on the route can be found at www.tourofbritain.co.uk/stages/stage-seven