Despite missing out on a Channel 4 hub, the team will work together on creative and cultural projects 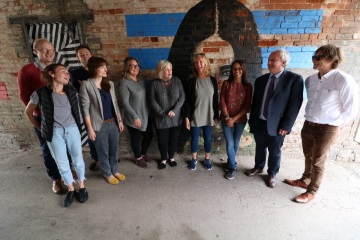 The team behind Leamington Spa’s bid to become the location for Channel 4’s Creative Hub is sending congratulations to the West Midlands team who have made the final six for the Call 4 All bid.

Despite not being in the final list, businesses and partners involved in the bid for Leamington to become a hub for Channel 4 have vowed to continue to work together on a number of exciting cultural initiatives including a Creative Quarter.

“Although we are disappointed not to be going further, for Leamington to even be in a position to submit a credible and competitive bid against much larger UK cities is testament to the great spirit of innovation and creativity inherent in our town. I would like to congratulate team Leamington for their hard work and dedication in putting this bid together. We would like to thank Craig Spivey Creative, all the local creative companies and our local universities and colleges for their support with the bid. We believe it truly represents the creative strength and diversity of our district.”

The remaining locations will now have to submit further details of their plans to Channel 4, with the winner expected to be announced in October.