The Commonwealth Games Queen's Baton Relay is set to pass through Warwick District on Friday 22 July 2022 as part of its epic journey to all corners of the Commonwealth.

During its time in Warwick District, the Baton will make its way to Kenilworth and Whitnash.

The Baton will arrive on High Street in Kenilworth at 8am before making its way to Kenilworth Castle, where there will be an opportunity for spectators to have their photo taken with the Baton.

Viewing points can be found all along the route and within the grounds of the Castle itself. 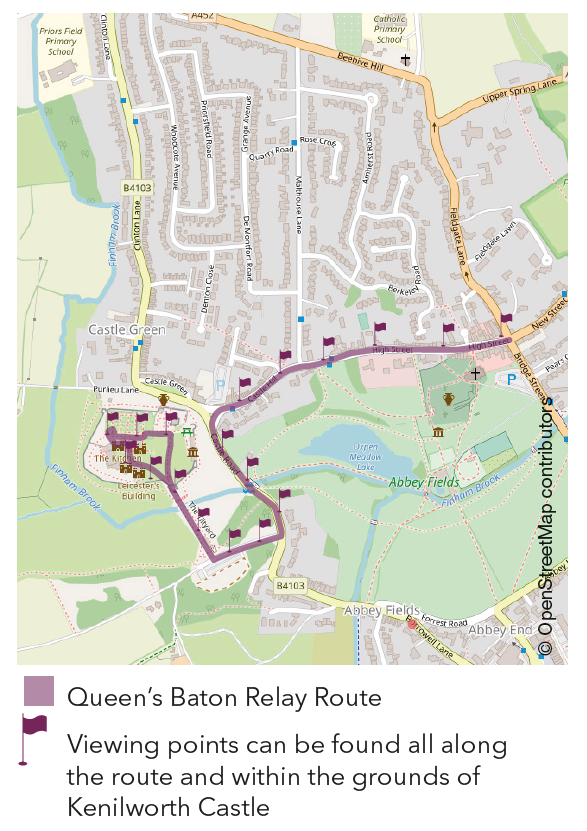 From 7.30am to 8.45am, no vehicle movement will be permitted on the following roads, with diversion routes in place:

The Baton will then make its way to Whitnash, arriving at the Whitnash Civic Centre and Library at 9am.

Viewing points will be outside the venue in Acre Close Recreation Ground. 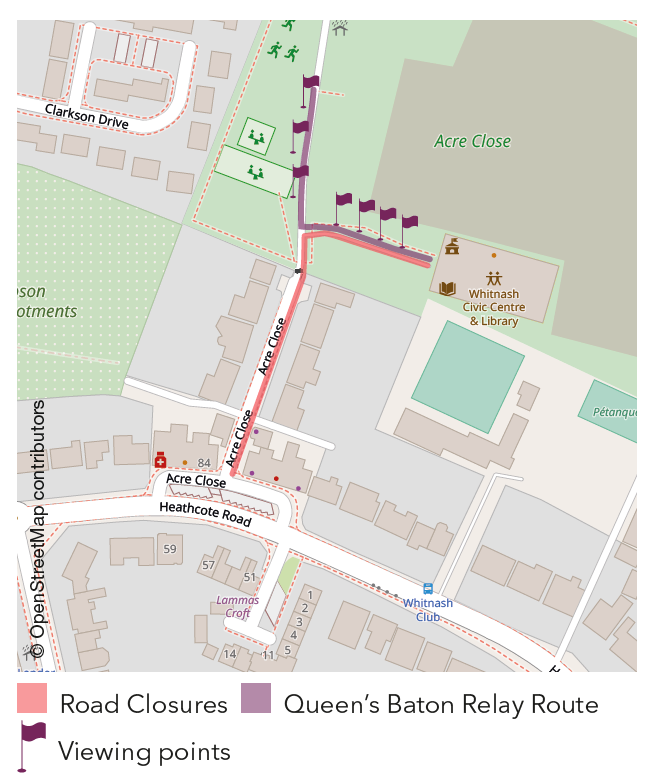 From 7.30am to 10.30am, there will be no vehicle access into the Civic Centre and Library along Acre Close; access to shops and resident frontages will be maintained.

Why it's coming to Kenilworth and Whitnash

A wide variety of locations across the district were presented for the Queen's Baton Relay route at the initial bidding stage. With limitations on the time available for the baton in the District, the two towns of Kenilworth and Whitnash were selected for baton relay activities as Royal Leamington Spa and Warwick already have Birmingham 2022 Commonwealth Games events and Festival Sites.

About The Queen's Baton Relay

Birmingham 2022 is staging the 16th official Queen’s Baton Relay, with The Queen’s Baton visiting all 72 nations and territories.

The Relay began on 7 October 2021, with Her Majesty The Queen placing her message to the Commonwealth into the Baton.

The Baton is on a 294-day long tour across the Commonwealth, which includes a journey across the length and breadth of England for a total of 29 days, before culminating at the Opening Ceremony for Birmingham 2022 on 28 July 2022.

Thousands of Batonbearers, each with inspiring stories and backgrounds, have the honour of carrying the Baton during its journey through England. Batonbearers have been nominated in recognition of their contributions to their local community in fields including sport, education, the arts, culture or charity.

Members of the public are encouraged to get involved with the celebrations and embrace the arrival of the Baton, taking the opportunity to experience the thrill of Birmingham 2022 in their community.