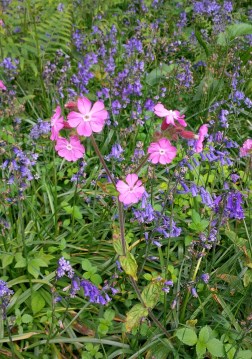 We work in partnership with Warwickshire Wildlife Trust to manage its ten local nature reserves.

Our reserves have a wide range of habitats from woodland to heathland and meadows to marsh - perfect for wildlife spotting or a family walk.

Pop to Crackley Wood or Kenilworth Common with the kids and follow our nature trails (bring some paper and wax crayons). Spot the elusive Kingfisher along the river bank at Leam Valley and search for dragonflies at Whitnash Brook.

The trust run regular volunteer work parties at our local nature reserves. There are lots of opportunities throughout the week.

An ancient semi-natural woodland just north of Kenilworth, once part of the Forest of Arden. Visit in May for fantastic displays of blue bells.

Once an area of heathland, the Common has developed into an area of oak and birch woodland. However, remnants of the old heathland character remain, particularly on and close to the railway embankments.

Formerly unimproved grazed farmland, this reserve has survived while the surrounding area has been built on. Today you will find a mosaic of planted woodland, meadows and scrub.

The name Parliament Piece is believed to relate to Henry III's parliament, which met in Kenilworth in 1266. Today, the grassland is managed as a traditional hay meadow, with hay cut in late July and cattle grazing for two or three months after.

Situated in the village of Hunningham, about three miles east of Leamington Spa, the reserve is agriculturally improved grassland with small areas of semi-improved grassland. It has been used in recent years for year-round horse grazing.

Welches Meadow is a traditional flood meadow to the south of the River Leam. River water covers the land for parts of the year. Leam Valley forms part of Newbold Comyn and has lots of habitats including woodland, grassland, marsh, ponds and the River Leam itself. This area has an agricultural past with recent woodland planting and pond creation.

Whitnash Brook forms the eastern limit of the built up area of Leamington and Sydenham. It contains a diverse mixture of habitats including the brook, marshy grassland and swamp, woodland, grassland, tall herb and scrub.
There is a footpath through the whole length of the site.

Two reserves in one, the spinneys are areas of mature trees which were probably originally planted as a shooting wood in the 1920s. New planting of native species has taken place more recently.