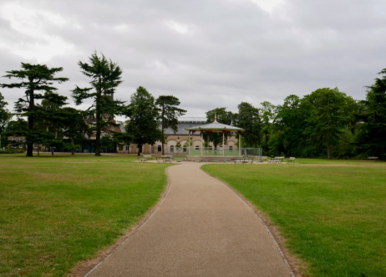 Further detail on how we are restoring the Pump Room Gardens:

Short grass covers most of the gardens, giving it a ‘village green’ feel and providing essential space for events and activities, whilst biodiversity enhancements have included the planting of pollinator-friendly species along the riverside, where otters were recently spotted. It is believed that the first flowerbeds were planted around 1879, at the east end of the site. Later, flower beds forming concentric circles were introduced around the bandstand to provide screening for listeners and their seats.

The raised planter adjacent to The Parade has been taken down and rebuilt, revealing the Linden arch columns along the pathway and creating a grander entrance to the Royal Pump Rooms. 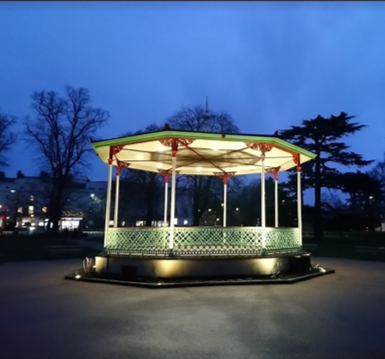 Music has been played in the gardens since the 1820s. By 1851 a hexagonal bandstand was shown on a Board of Health map, and in May 1889 a new bandstand, located in a more central position and manufactured by Walter MacFarlane and Co. was opened. The MacFarlane bandstand is one of a very few surviving structures of its type in the country and is a much-loved feature of the gardens. In recent years this was showing signs of ageing and neglect.

In 2018 the Bandstand was carefully dismantled and taken to Lost Art Limited, a specialist bandstand contractor based in Wigan. Over many months the bandstand was restored piece by piece to its former glory. The plinth was also restored and new steps, uplighters and planting added, which are in keeping with its Victorian history and also highlight its new status in the gardens.

The bandstand was officially reopened on 15 March 2019 by Chairman Councillor Stephen Cross.

This mosaic, located outside the Royal Pump Rooms, provides a focal point for the gardens, linking the Spa Gardens and the town centre. The inlaid discs and details are made out of cast iron and were designed by children from Clapham Street School in collaboration with sculptor, Andrew McKeown. 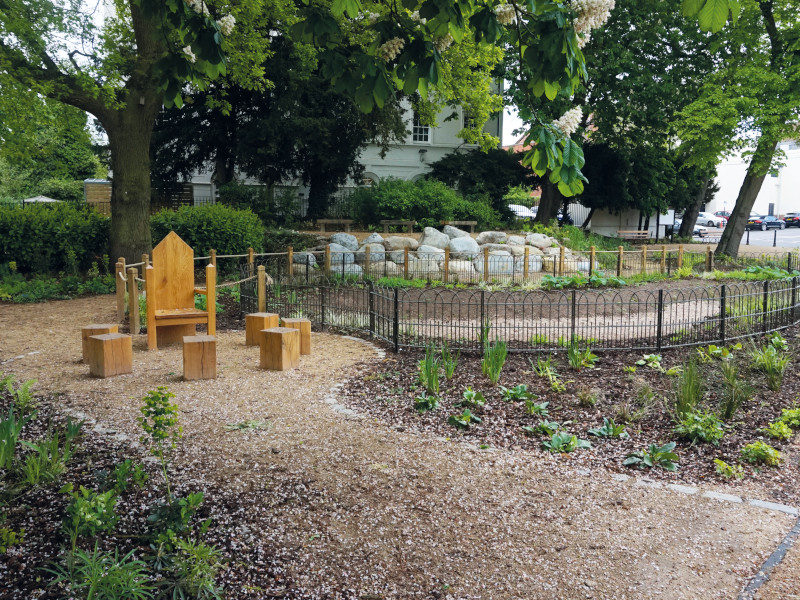 In 1881, a rockery and waterfall feature was added to the west side of the gardens. In keeping with the times, the water was powered by a steam pump at the Royal Pump Rooms and would have used a lot of power to run. It was therefore short-lived and was removed in the early part of the 20th century.

As part of the restoration works, a replica water feature has been created. Using 21st century technology it will channel surface water from the site and discharge it into the river. The new rain garden also features a rockery, winding paths and natural-style planting 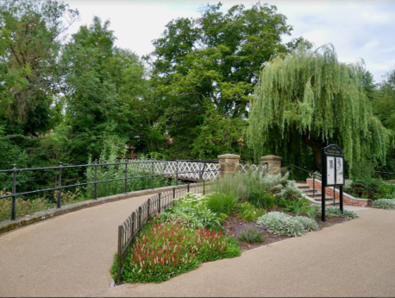 York Bridge is a pedestrian bridge designed by William Louis de Normanville. It opened in 1893 and links the Spa Gardens and the riverside walk, a 3 1/2 mile walk linking Leamington and Warwick along the River Leam, Grand Union Canal and River Avon. The nearby bath chair ramps were designed to enhance the approach to the bridge and improve access for all.

During 2019 major structural works will take place to improve the surface of the bridge and the approaches and to restore some brick work. Once the structural work is complete the bridge will be painted and resurfaced. 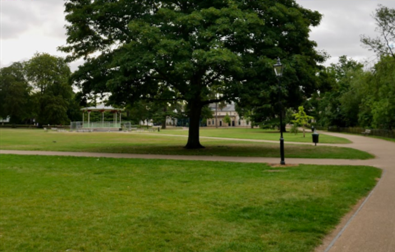 The park’s network of paths have been restored and realigned to the original layout by William Louis de Normanville (Leamington’s Borough Engineer and Surveyor 1882-1917), with unified widths and surfacing. New traditional-style metal-framed seats have been installed to match historic photographs. The previous radiating path system was planned in 1888 around the time of the new bandstand, to meet a renewed demand for band music in Leamington Spa.