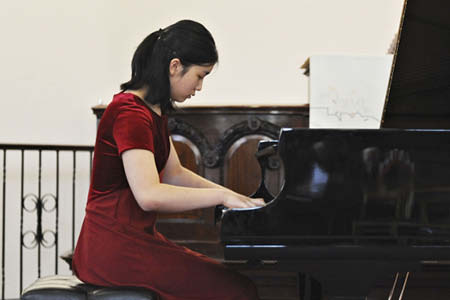 Beethoven Sonata in A Op 101

Beethoven Sonata in A flat Op 110

Winner of the 2018 BBC Young Musician of the Year competition aged just 16, Lauren studies at the Royal Birmingham Conservatoire. Her performance of Prokofiev’s Second Piano Concerto with the City of Birmingham Symphony Orchestra conducted by Mark Wigglesworth was broadcast live on BBC4 and BBC Radio 3 to widespread critical acclaim. She went on to make her BBC Proms debut and is now in great demand as soloist throughout the UK and further afield.